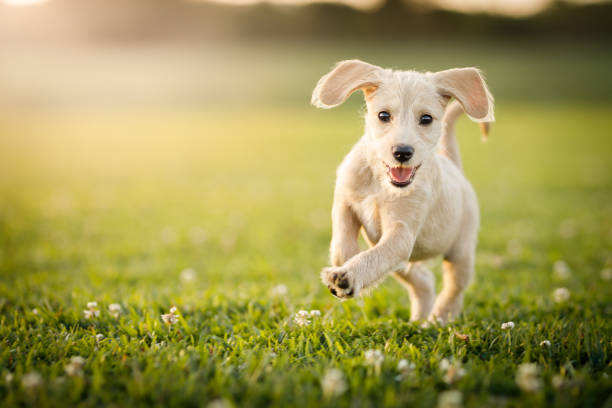 A lungworm infection is caused by one of several parasitic roundworms. In North America, the parasitic lungworms that infect dogs are Eucoleus aerophilus (formally known as Capillaria aerophilus), Oslerus osleri (formally called Filaroides osleri), Crenostoma vulpis (fox lungworm), Eucoleus boehmi and Filaroides hirthi. Angiostrongylus vasorum (French heartworm) may also be considered a lungworm due to the lung damage it causes. It is an emerging parasite in North America, currently only seen in the Atlantic provinces of Canada and the eastern U.S.

Eucoleus aerophilus is primarily known as a parasite of foxes but it has also been found in dogs, cats and other carnivores. The others are parasites that infect dogs and other related members of the canid family.

How does a dog get a lungworm infection from one of these parasites?

Dogs can get a lungworm infection by swallowing infective stages of parasitic lungworm. The exact means of 'picking up' the infection varies according to the life cycle of the particular parasite.

The life cycle of Crenostoma vulpis is complex and the parasite larvae require an immediate host, specifically a snail or slug, in order to complete their life cycle. When a susceptible dog eats infected larvae, the larvae will mature and complete their life cycle by laying eggs that will hatch in the bronchi. These larvae will be coughed up and then swallowed. They then pass into the environment through the feces and are picked up by slugs or snails. After the larvae enter the slug or snail, they develop into the infective stage that is capable of infecting dogs or other canids. Dogs can become infected with Crenostoma vulpis by eating slugs or snails, or by eating another animal, such as a frog, mouse or bird that has eaten a slug or snail.

The life cycle of other parasitic lungworms that infect dogs are more direct. Adult female worms lay their eggs in the tissues of an infected animal. The next stage in transmission depends on the species of parasite. With some species, the eggs are passed into the environment where they continue to mature into an infectious stage, while with other species, the eggs hatch into larvae which then mature into an infectious stage. These infectious stages may remain in the saliva for further transmission or may be swallowed and pass through the intestines and into the feces.

A susceptible animal may pick up an infection directly from an infected animal through saliva or nasal secretions. They may also become infected through food or water that has been contaminated by infectious forms of the parasite. Oslerus osleri is transmitted mainly through the saliva and most commonly occurs when a mother dog grooms her puppies. For the majority of other lungworms, infectious forms of the parasite are transmitted though the environment. Once swallowed, infective stages of the parasite complete their life cycle by migrating through the body from the intestinal tract and to their final destination, either the nose, the bronchi or the lungs.

Are there areas where these infections are more common?

Eucoleus aerophilus seems to be found wherever there are dogs or cats. The prevalence of Eucoleus boehmi is not well known, but it seems to be worldwide in distribution. Filaroides hirthi occurs sporadically, and periodically appears in some kennels or in individual dogs. Oslerus osleri tends to occur sporadically and in certain regions. According to a study conducted in 2012, it is a relatively common parasite of coyotes in Nova Scotia. Crenostoma vulpis is widely distributed around the world in the fox population and consequently, in dogs that share the same environment.  In Canada, it has spread from Atlantic Canada into other provinces including Quebec and Ontario.

What are the symptoms of lungworm infection?

The symptoms of a lungworm infection depend on the number of parasites that are present in the lungs, the immune status of the infected dog, and the site of the infection. Puppies that have a lungworm infection tend to be more affected than adult dogs. Symptoms are non-specific and range from a slight increase in breathing rate, moderate coughing or sneezing when stressed, to severe coughing, wheezing, respiratory distress, or exercise intolerance. Symptoms are generally caused by the body’s reaction to the parasites. In some cases, there are no visible symptoms of the disease and the infection may be discovered as an “incidental finding” when your veterinarian is performing tests for another reason.

How is lungworm diagnosed?

Your veterinarian may suspect that your dog has a lungworm infection based on clinical signs and the potential for exposure to the parasite. If one of these parasites has been identified in your area, your veterinarian will be more likely to suspect it as a cause of your dog’s clinical signs. X-rays of the chest or upper airways of an infected dog may show abnormal spots or nodules in the affected airways or lung lobes. If the dog is showing signs of breathing difficulty, the x-rays may also show areas of pneumonia, called ‘granulomatous pneumonia’ in the lungs, particularly if Filaroides hirthi or Eucoleus aerophilus are present. Depending on the case, your veterinarian may recommend an examination of the airways with an endoscope (called bronchoscopy) to obtain samples of cells from these nodules.

“There are no blood tests that will definitely diagnose one of these parasitic infections.”

There are no blood tests that will definitely diagnose one of these parasitic infections.A definitive diagnosis of a lungworm infection is usually made by identification of parasite stages in the feces of an infected animal. The eggs of Eucoleus aerophilus and Eucoleus boehmi may be detected in a routine fecal flotation test or in an examination of saliva or nasal discharges. The diagnosis of Filaroides hirthi, Oslerus osleri, and Crenostoma vulpis is made by detecting larvae in the fecal sample. Your veterinarian may recommend a special test called a Baermann test to aid in the diagnosis of these parasites.

Could the symptoms be caused by something else?

Since the symptoms of wheezing, coughing, and exercise intolerance are non-specific, they can be caused by other diseases, including asthma, bacterial or viral infection, heart disease, cancer, or chest trauma. The age of the dog will help your veterinarian decide on the most likely cause of your dog’s symptoms. For young outdoor dogs, parasitic lungworm infection is a more likely diagnosis, while for older dogs, one of the other diseases may be more likely.

What is the treatment?

The goals of treatment are to eliminate the parasite and to control any symptoms caused by inflammation. The parasites can be killed with specific antiparasitic drugs depending on the type of lungworm. Different medications include ivermectin, fenbendazole (Panacur™), Moxidectin+Imidacloprid (Advantage Multi™), and Milbemycin Oxime+praziquantel (Interceptor Plus™). Depending on the severity of the dog’s infection, the medication will be prescribed for several weeks to several months. When the dog’s symptoms are moderate, your veterinarian may prescribe medication to alleviate inflammation. In the rare case where the dog has severe respiratory distress, hospitalization for oxygen therapy or other supportive treatments may be necessary.

What is the success rate with treatment?

Although the success rate for treatment depends on the severity of the symptoms and the number of parasites present, generally, the prognosis for recovery is good.

Can my dog pass the infection on to other pets?

This depends on the species of lungworm that is causing the infection. If it is Crenostoma vulpis, the infection cannot be passed directly from one dog to another because the parasite needs that intermediate host (snail or slug) in order to complete its life cycle. If the infection is caused by Eucoleus aerophilus or Oslerus osleri, it is possible for other dogs to become infected from your dog’s feces or saliva.

Can my dog develop this problem again?

Yes. If a dog is re-exposed to a contaminated environment, or continues to prey on the intermediate host species, the dog can become infected again.